Testing Mediums in The Lab 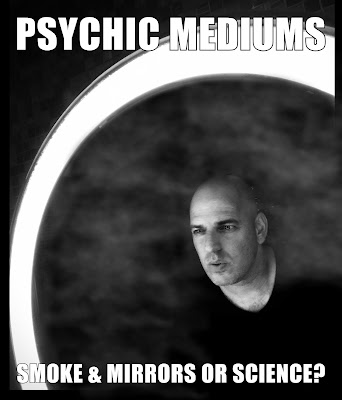 If you've never heard the Skeptiko podcast, you might automatically think that it's geared to skeptics, debunkers and non-believers. Well, you would only be half wrong. Skeptiko is a podcast going on ten years that engages both believers and non-believers in a passionate dialog about an area of research that is as divisive as our current election. I'm talking about parapsychology and its place in scientific research.

The passionate dialog on Skeptiko, the one between those who label themselves open to the paranormal, and those who are generally closed off to it, isn't always mature, respectful or even productive, but it does seem to be lowering the wall that separates two camps of thought, allowing each camp to reflect on the nature of belief and how science can actually peer into that world of subjective mystery.

Dr. Beischel: Science is just a tool. It’s just one way we learn how the universe works so it can be applied to anything. And there were a lot of people with strong opinions about what the capacity of mediums is. Can they report accurate and specific information? So I took the scientific method and I applied it to mediumship. Again, it’s just a tool you can apply to anything and so yes, it does go together because it’s something we don’t fully understand yet. So yes, [mediumship] is the perfect thing for science to tackle because we don’t understand it. Full podcast Interview.

If you've always found your thinking to be at the crossroads between science and spirituality, Skeptiko is a great place to find a voice for your own beliefs. Also, if you want to hear a Skeptiko podcast interview with your truly, you can just click here. :-)
Posted by Unknown at 10:51 AM